New data has revealed that nearly half of all construction sites in New South Wales (NSW) have non-compliant scaffolding.

An alarming audit has found almost half of all scaffolds on construction sites in NSW have missing parts while on a third of sites unlicensed workers tampered with key components.

As the building industry faces a “crisis of confidence”, SafeWork NSW investigators have blitzed over 700 construction workplaces since April and issued 832 notices — including $109,000 in on-the-spot fines for failing to control the risk of falls.

A total 84 immediate fines were meted out in relation to scaffolding over that period — almost double the number issued in the six months before April where there were only 46 penalties.

Better Regulation Minister Kevin Anderson blasted the findings, saying it was “deplorable that anyone would fail to properly set up, or deliberately remove scaffolding parts”.

“We need to send a strong message to everyone on a worksite, if you do anything that could put someone at risk of injury or death you should face the toughest penalties,” he said. “It’s more than a risk — it’s stupidity at the highest level.”

Employers can be slapped with an on-the-spot fine of up to $3600 if they fail to protect workers from falls from heights or conduct high-risk work — including scaffolding work where a person can fall more than 4m — without a licence.

Mr Anderson the NSW government would strengthen laws to target unsafe work practices this month, adding: “It is clear that more needs to be done to get the safety message through to people.”

It’s understood the ­government will not move to introduce industrial manslaughter laws — which only come into effect after a person is dead — but will instead focus on tightening laws to prosecute bad behaviour.

“While inspectors have seen some improvement in scaffold safety recently, the level of risk is still unacceptable with 44 per cent of scaffolds having missing parts, while on 36 per cent of sites it appeared unlicensed workers had altered or removed scaffolding components,” Mr Anderson said. “That is why we need to strengthen laws and change attitudes to target risky behaviour, before someone gets hurt, or dies.”

It comes after a string of construction accidents in Sydney and the death of 18-year-old apprentice Christopher Cassaniti, who was crushed by a nine-storey scaffolding tower in April. 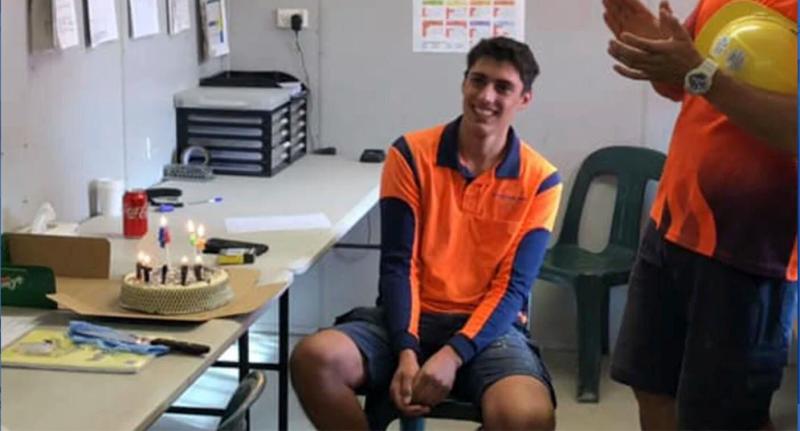 His mother Patrizia has called for more checks.

“The problem we have currently is that tradies remove items on ­scaffolding that they are not supposed to because it takes 24 hours to get permission to move things around — that takes time and time is money so they do it without proper safeguards in place,” she said.

“Perhaps if scaffolding had been checked when Chris’s ­accident happened, he would still be alive today.”